Geneva, 23rd of February 2021_A new study shows how two shark species, the sicklefin lemon shark and the blacktip reef shark, peacefully coexist at St Joseph Atoll, despite their similar diets and behaviour. The new research paper from the Save Our Seas Foundation D’Arros Research Centre (SOSF-DRC) was led by Dr James Lea, who is the current CEO of the Save Our Seas Foundation (SOSF).

‘What is exciting about this research is that it shows us how these species have adapted to exist together in a really confined space, essentially through social distancing, without outcompeting each other. It is a powerful example of how animals carve out specific niches, enabling them to function together within an ecosystem,’ explains Dr Lea.

St Joseph Atoll is an exceptional habitat within the Amirantes, providing a critically important environment for endangered species of sharks, rays, turtles and seabirds. In March 2020, the ecological value of the atoll was recognised by the Seychelles government, which declared it part of a Zone 2 (sustainable use) Marine Protected Area within the nation’s larger Marine Spatial Plan Initiative. The ecology of the atoll is largely sculpted by the rising and falling of the tides. This is particularly true for adult sharks, which swim onto the sandy flats as they become flooded at high tide in order to hunt and seek shelter. The sharks then return to the deeper waters of the lagoon when the tide retreats.

Sicklefin lemon and blacktip reef shark species both eat bony fishes, crustaceans, molluscs and rays and should be in competition with one another, but somehow these species have found a way to thrive in harmony at St Joseph. The new study shows that they have done this by giving one another space: although both species use the whole atoll overall, small differences in where they are and when, actually mean that blacktips and lemons are in the same place only about 25% of the time. Even on the sand flats, where the sharks come at high tide to forage for food and find safety from larger predators, their overlap is only about 35%. Similar behaviour has been seen in animals that share space on land: lions, leopards, cheetahs and African wild dogs are all predators that hunt in the same areas. They have developed various methods of minimising competition with one another, the most significant of which is to use the same habitat at different times of day.

This research was made possible by the SOSF-DRC’s network of 88 acoustic receivers placed around the atoll. The array is significant as it is the only one of its size and kind in the Amirantes. According to Dr Lea, the study highlights the importance of St Joseph Atoll as a critically important habitat for blacktip and lemon sharks, also raising concerns about climate change.

‘Over thousands of years, these animals have found ways to exist together under present environmental conditions,’ he says. ‘Given the narrow tidal range at St Joseph, we have to ask ourselves what would happen if a small increase in sea level made the sand flats habitat available at all tides. How would this affect the finely tuned ecological balance of the animals that have learned to thrive here?’

The work of the D’Arros Research Centre is part of the SOSF’s bigger mission to safeguard sharks and rays around the world through research and communication. These animals have a very special place in the heart of the organisation’s founder, who started the Save Our Seas Foundation 17 years ago to ensure a brighter future for our oceans.

‘Seychelles has been at the core of the foundation from the beginning, and our strong history of supporting marine and education projects here aims to help protect the natural heritage of the islands for generations of Seychellois to come,’ says the founder of the SOSF, His Excellency Abdulmohsen Abdulmalik Al-Sheikh.

So far, the foundation has initiated 28 research projects on D’Arros, focusing mainly on threatened species. The findings of these studies were instrumental in earning protected status for D’Arros and St Joseph Atoll in March 2020. 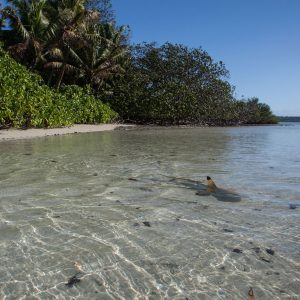 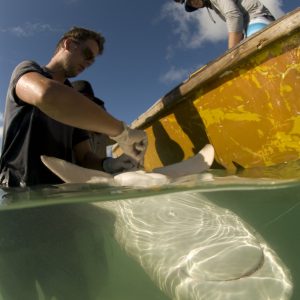 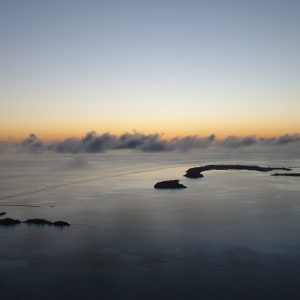 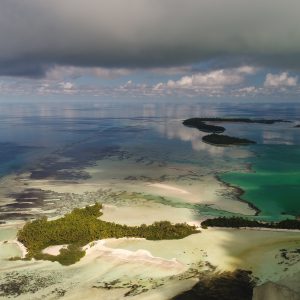 2021.02.23_A DANCE OF DISTRIBUTION: SHARKS OF SEYCHELLES SOCIAL DISTANCE TO COEXIST
Free